When Tim sat down to create Crossbuck's BBQ ribs, he looked to Memphis and Kansas City for inspiration.  Was there a way to combine the taste of Charlie Vergos’s famous dry rub Memphis ribs with the saucy flavor of his Kansas City favorites?  After months of experimenting, the result is was a St. Louis style rib with influence from Memphis, Kansas City and Texas. 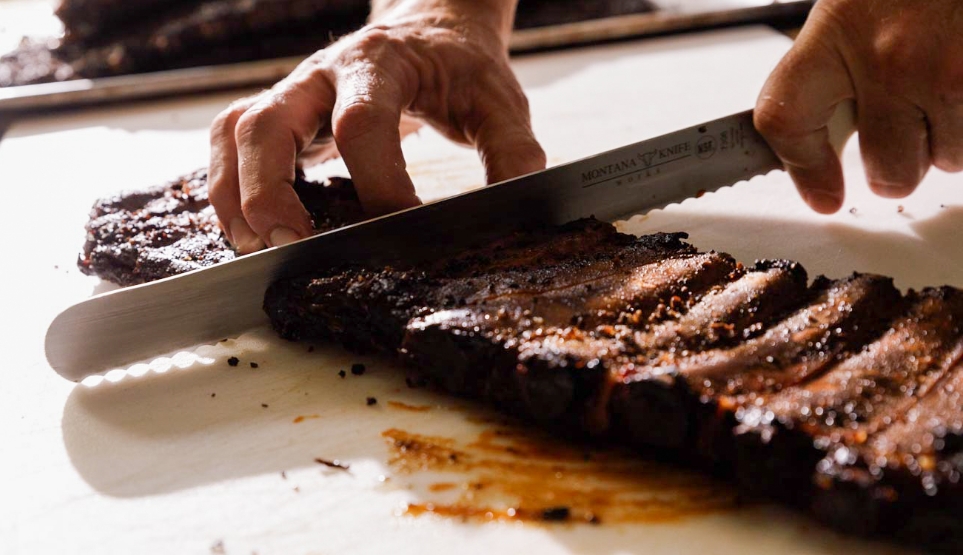 In St. Louis, ribs are often brazed in an oven using a big pan full of BBQ sauce to create moist, fall-of-the-bone ribs.  While Tim, had no desire to re-create these “steamed” ribs, he did decide to pay his respects to his hometown by using a St. Louis style cut of ribs – a nice uniform slab that cooks evenly and presents well. 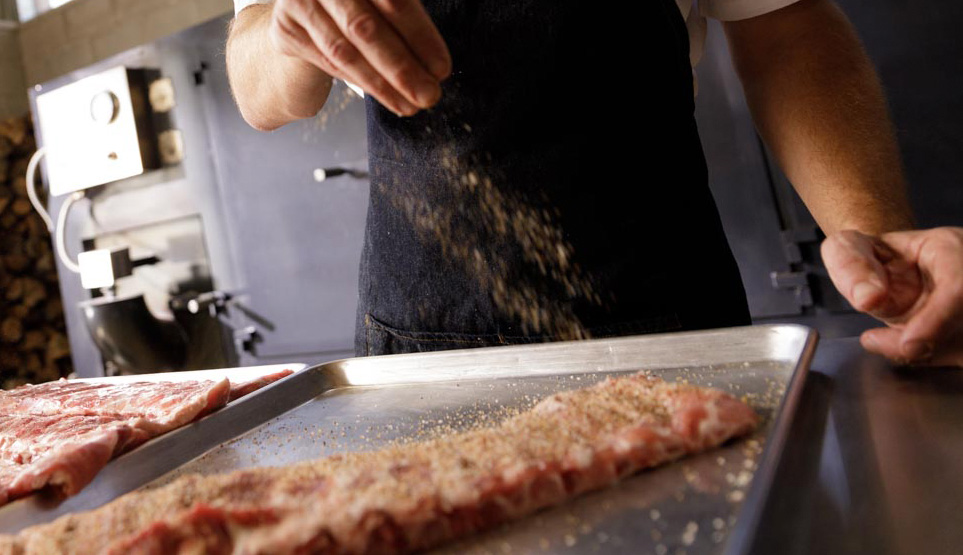 Then, to honor Memphis, he seasoned the ribs with a rub of spices to create the flavor typically found in a dry rubbed rib. 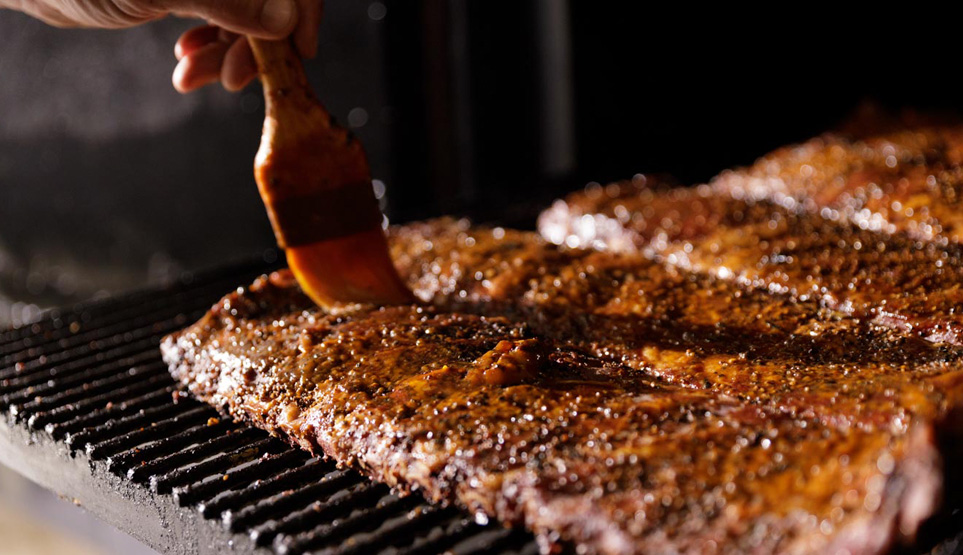 However, no one who grew up in the Midwest can serve BBQ ribs without sauce. So, Tim created a sauce to add a little extra flavor. He lightly basted the ribs prior to entering the smoker and then pulled them out midway to give them another gentle baste. The goal was to impart the sauce's flavor while maintain much of the original dry rub taste. 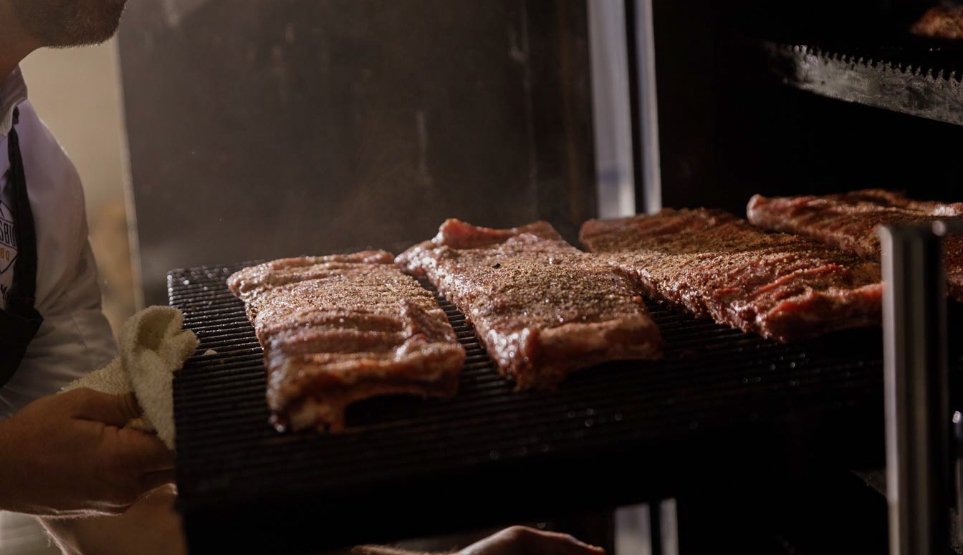 Finally, rather than use Charlie’s technique of cooking his dry rub ribs over charcoal for just over an hour, Tim smoked the ribs for hours over his blend of oak, hickory and fruit wood to create a totally unique flavor. Ribs with a “bite.” Ribs with a crusty, saucy finish. Ribs that truly represent the crossroads of American BBQ.

Visit our restaurant in Farmers Branch or...