While prime rib is not a staple item on the menu of many barbecue restaurants, Tim was looking for a way to not only pay homage to California tri-tip, but also figure out a way to get a more tender cut of beef on Crossbuck’s everyday menu.  After months of testing, he concluded that tri-tip is much better grilled than smoked and shifted his attention to Prime Rib, the cut that helped put Las Vegas on the map.  Without further ado…here is Tim’s creation. 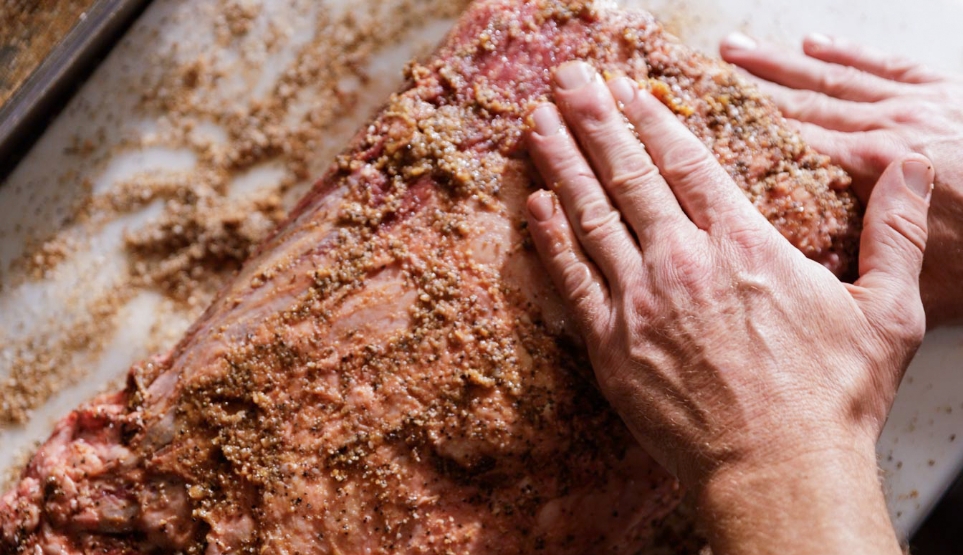 First, prime rib is fantastic by itself, so there is no real need to do anything huge to it, but as you may expect, Tim and his team wanted to.  So, they started by marinating it in bacon fat with a blend of sage, rosemary and thyme prior to cooking. 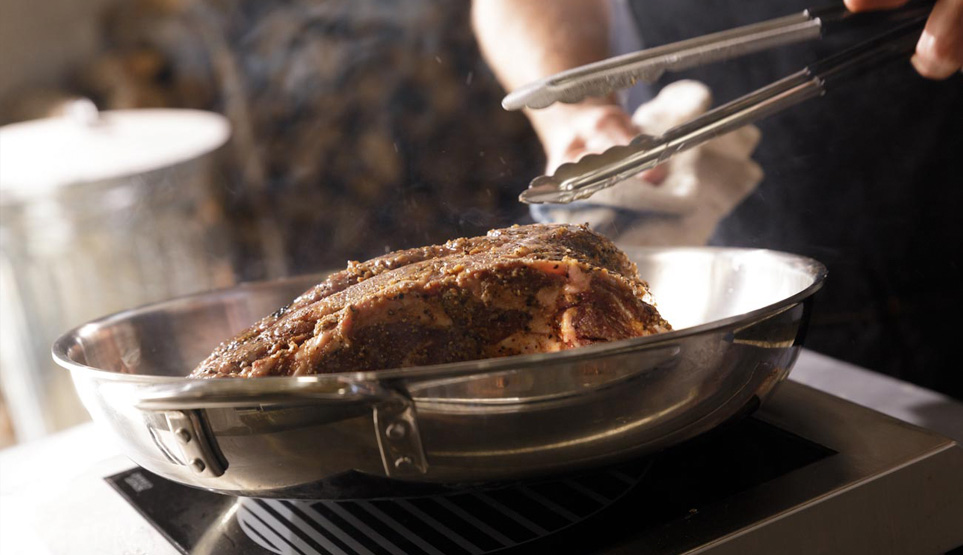 Once it has smoked for a short while, it’s pulled out and seared in more bacon fat to give it a dark, flavorful crust and replace some of the fat that will naturally cook out of the prime rib during the smoking process.

It then goes back into the dry smoker and is smoked with Crossbuck’s special blend of wood to create a beautiful medium rare prime rib with its own unique flavor.  A flavor based on replacing the cooked fat with bacon rather than water.  Cause, let’s be real, who doesn’t think bacon tastes better than water? 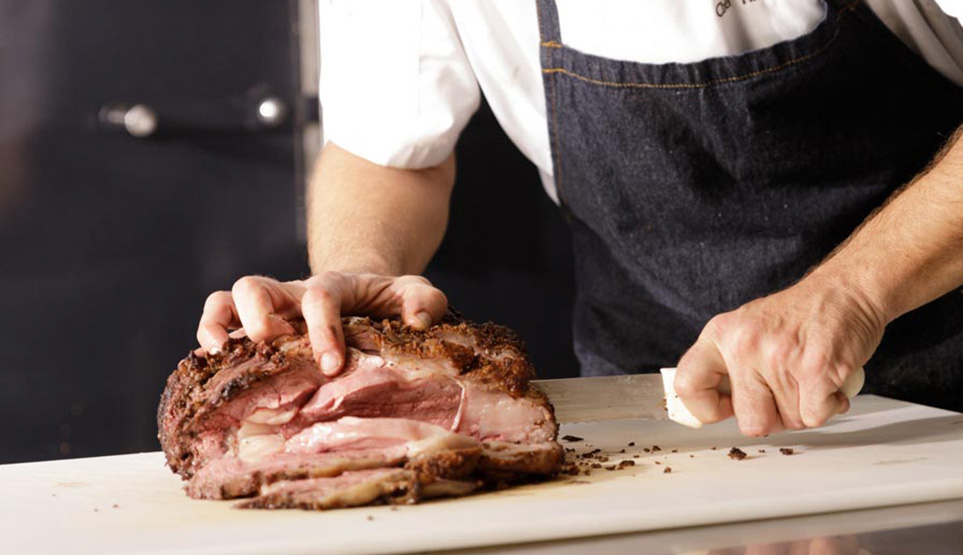 If you come into the restaurant, we slice our prime rib to order for you out of pure respect for this beautiful cut of beef.  Plus, to accommodate those who like end cuts, we slice each prime rib into two 6 pound portions prior to searing and smoking.

Visit our restaurant in Farmers Branch or...